Skip to content
I will be heading back to Kaiser for the 3rd time in as many weeks tomorrow.  Some of these trips could have been avoided.  A look at my behavior over the last year or so tells the story.
Back in the day my mom and all the old folks use to say “a hard head makes for a soft a**”. Well they were right, I have spasming butt cheek to prove it.

I can’t afford to be hard-headed anymore. I’m older, diabetic and in  perimenopause. I have learned, the hard way I suppose that the body will always tell you when something is wrong. Even though society says push through it, grind it out or at this one gym I used to go to, “go ahead and throw up” this is something I can no longer do. Listen, comply and modify is my new mantra. It’s what I have to do to maintain a decent quality of life as I age.  As of this writing I am forbidden to perform: 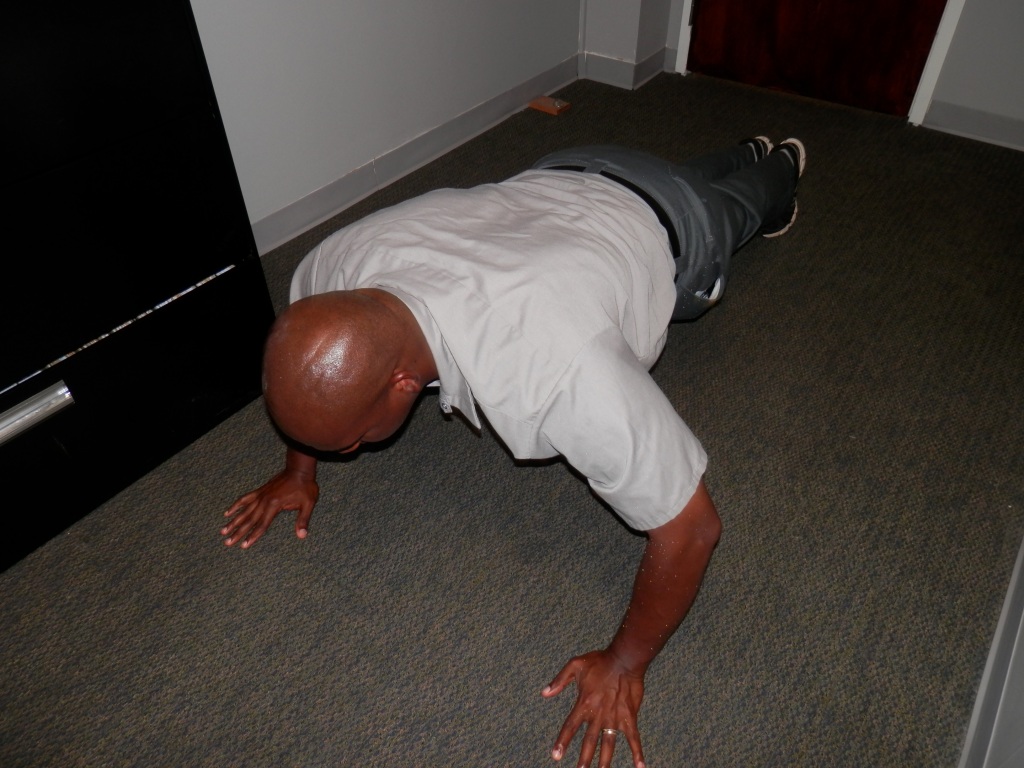 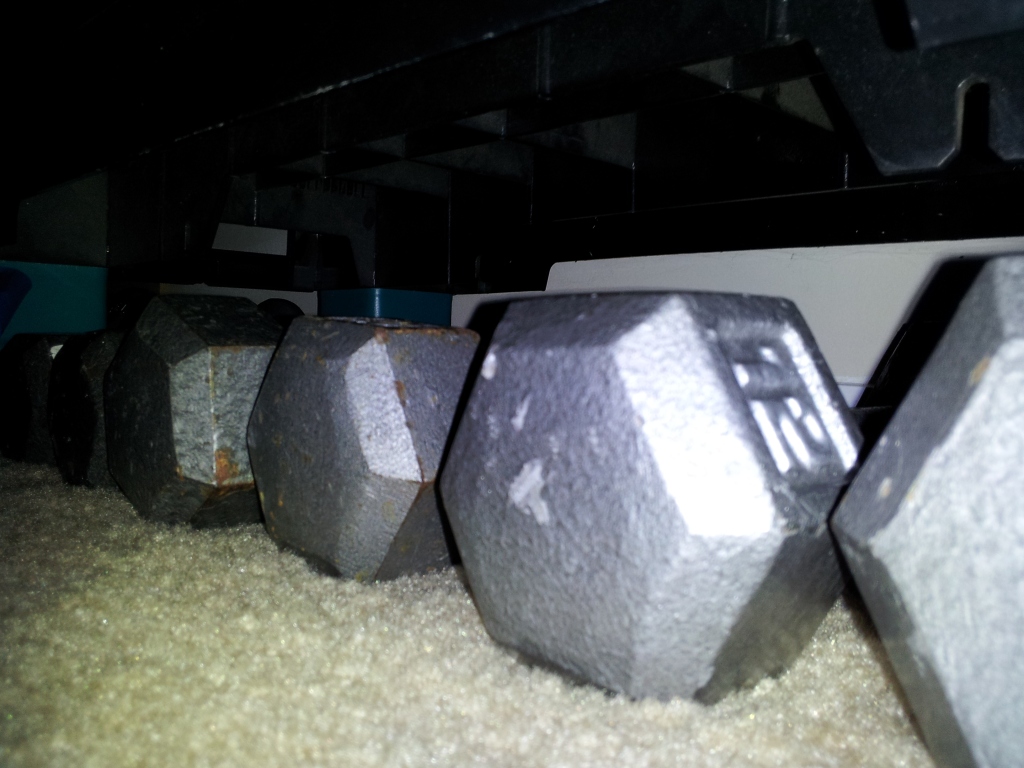 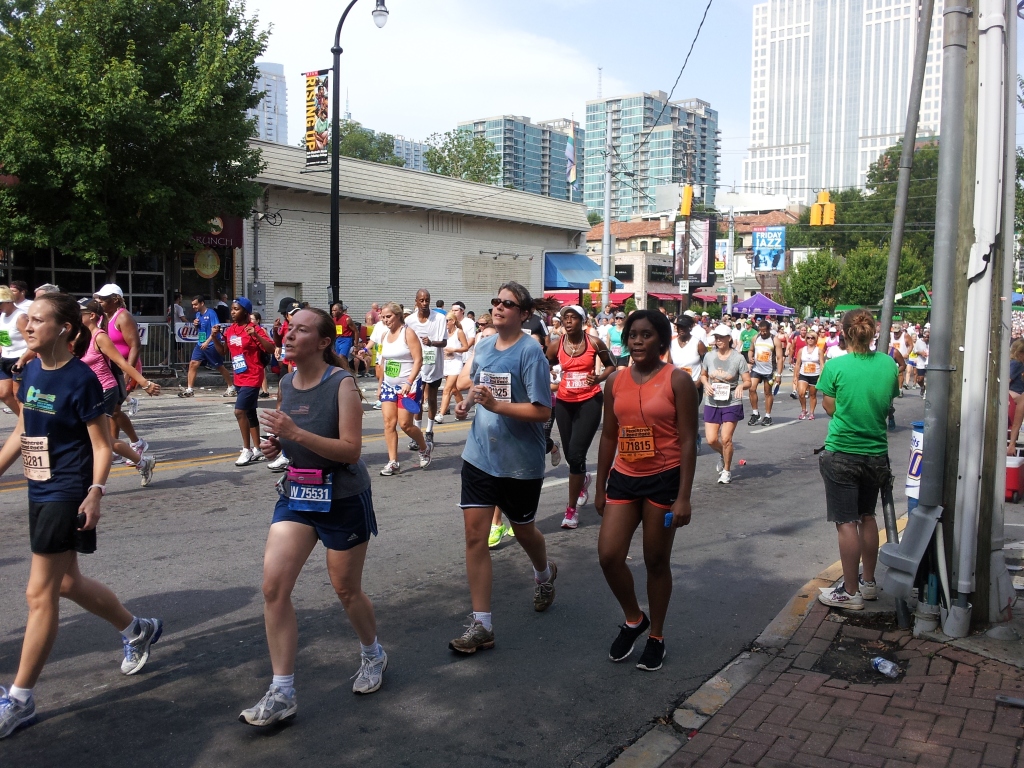 I have stuck to what the doctors ordered, pending additional instructions from my visit tomorrow and follow up with sports medicine.

I know I’m not the only hard head out here. I’d love to hear your hard head stories, what made you stop being hard headed and the results of the change.  If you care to share please do so in the comments, on  Google+ or Twitter.

To all those who have read my lamentations and given suggestions on how to get better, thank you!

I wasn’t satisfied with my performance and wanted to get some additional skills. Having “passed” to the next level, I registered for the Adult 3-4 class at West Gwinnett Aquatic Center.

What was I thinking?

My class was YOUNG my instructor Caroline was YOUNG, a junior in high school.  My saving grace was another student in her late 50s which made for a class of two old folks and three youngsters. That was short-lived however, she dropped after the second week leaving me with some energetic teens and pre-teens.  My teacher, young as she was, was highly skilled, friendly and encouraging even though I failed miserably at the breast stroke and no one but me attempted rhythmic breathing right way.  I was ready to quit after every single class but continued to return in spite of my difficulties.  Class was going as well as could be expected until she laid the big one on us. One of the required skills was to dive head first into 12 feet of water.

Judgement day arrived, we marched to the 12 feet end and upon arrival I had a quiet panic attack.  Watching those kids go in I told young instructor straight up, “I’m not doing that.”  There was something going on in my head that I couldn’t shake. I jumped in feet first during that last round of classes and it was fun.  However jumping in head first had me petrified with my head filled with thoughts of all that could go wrong.  Scary as it was, I became determined to not be defeated by fear of an act that I hadn’t even attempted.

So I started the battle with fear by viewing some videos on the challenges of teaching adult swimmers.  One of them dealt specifically with diving which indicated it may be necessary to take a gradual approach to the diving.  During the next to last week I suggested this gradual approach to the instructor, she agreed and from a seated position I took my first head first dive which was more like a fall into the pool.

The last week came.  Next to last class we practiced flip turns (hysterical) and more of the strokes.  For the last class it was students choice and of course those children chose diving.  While the kids went in without hesitation. I took baby steps. 1)sit and fall in 2) kneel and fall in and 3) standing.

I was freaking petrified.  I asked a thousand questions, “what are my feet doing, what are my hands doing, do I push or jump, what about my head?”  Young instructor was unflinching in her encouragement and patience.  My brain finally stopped all of its foolishness and BAM I DOVE IN HEAD FIRST!  It was a non-event.  Who knew that you could go in that way and come right back up?  Of course I did it three more times just to make sure it wasnt a fluke and it wasn’t,  in fact it was real cool.

My mind had been playing tricks on me all along, tricking me into thinking that I didn’t have the skill to dive and that doing so would have adverse effects.  Both thoughts were false.  I’m glad that my brain stopped its ridiculousness so that I could do something that was fun and a bit of an achievement.

Vacation and work have kept me away from the pool for over a month now and I miss it.  As regularly scheduled programming has resumed, I’m heading back to the pool to practice and later this summer for more classes in order to keep the boogie man away and the belly at bay.

What about you? Do you have a boogie man that’s making you stay on the sidelines? Taking it head on is a big step. If you have done so and care to share your story, let me know in the comments.

Until next time I’ll see you at the pool, going in head first 🙂

Special thanks to Caroline Christie, one of Gwinnett’s finest swim instructors.

Like Loading...
It was a combination of things that got me to this point. The nagging knee injury, the weather, my bucket list and age all drove me to the decision to comply. Four years ago theorthopedist said I needed to find something else to do and to scale back the running. I ignored that advice and ran even more up until last year. During one of those injurytimeouts I signed up for a class. Though nervous at the onset I completed the class without difficulty. Having obtained the acquired skills I still wasn’t satisfied with my mechanics. I took another class at a different site, learned a few more things and was recommended for the next level.

Why didn’t I learn before? Didn’t feel the need. Though it was mandatory in high school non-swimmers only had to float and kick the width of the pool with held breath to pass. I passed and proceeded to spend the rest of my days sunbathing by the pool. Until now.

I was always scared of deep water and didn’t understand the whole breathing thing. I still don’t have it down and deep water isn’t my preferred hang out place but I hope it will be soon because I actually quite love the water. So the work continues.

You see you can teach an old broad new tricks.  You too can try something new for your fitness program if you just let go of all the stuff, get clearance from your physician and jump in, the water is just fine even 12 feet of it. One guy made it fine for me, my instructor Michael Mooney at West Gwinnett Park and Aquatic Center. He is patient, pushy and funny all at the same time which made for an exceptional instructional experience.  Thanks Michael. 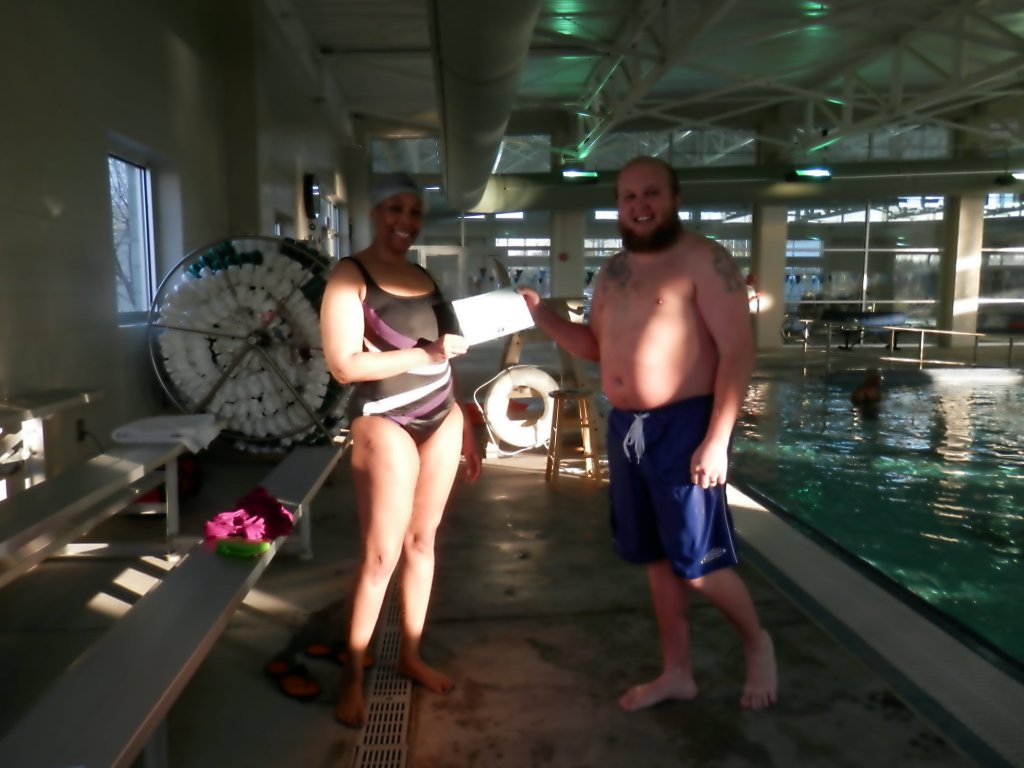 Until next time, see you at the pool where you’ll see me continuing to practice this whole turn your body and breathe thing while singing “Psychoalphadiscobetabioaquadoloop”.

My Thoughts with Words and Images

Where Style Has No Age Or Size

My thoughts and feelings on just about everything